Why Is Dr. McFadden So Passionate about Wedding Ceremonies

At virtually every wedding ceremony in which Dr. McFadden is the officiant, he invariably will hear from at least half a dozen guests that it was the best wedding ceremony they ever attended. The bride and groom will typically hear the same thing from dozens of people before the day is over.

What makes this so? It is because of the passion and enthusiasm that Dr. McFadden has for marriage. Why is that passion there? 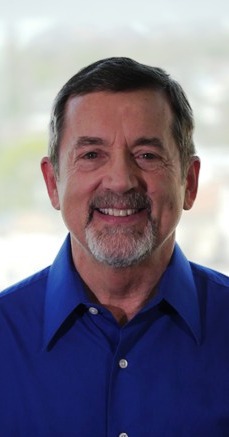 Working with Dr. Mcfadden was a wonderful experience. He helped us to plan our wedding ceremony from start to finish. He met with us multiple times over skype and in-person and guided us as we put together our ceremony. After our ceremony, our guests raved about how special our ceremony was and how great Dr. Mcfadden was. We would highly recommend him to anyone looking for a wedding officiant!

We were truly fortunate to have retained David. He's an engaged and thoughtful minister. He had a great command of the process and wedding party involved in our ceremony. Many of our guests praised his speech and service afterwards.

We had the best wedding experience with Dr.McFadden! Not only was he very accommodating but he was emotionally checked in with us during the ceremony and several guests said that he was one of the best wedding officiants they have ever saw. He truly made our day perfect!! Don't hesitate to hire him... Just do it and you will be pleased.. We promise!